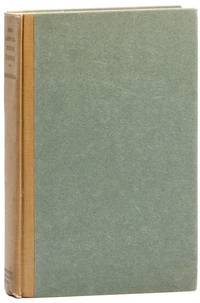 First Edition
The Apple-Tree Table and Other Sketches 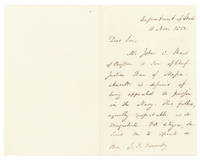 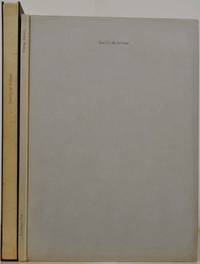 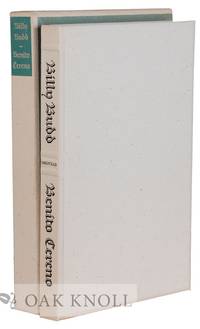 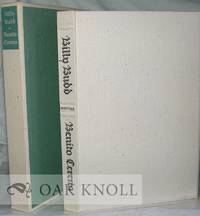 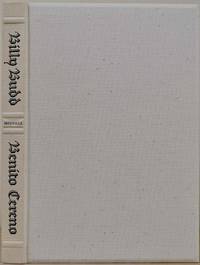 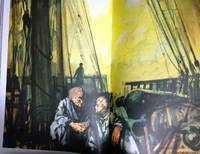 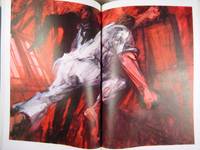 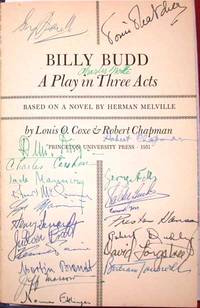 Longtime ABAA member John J. DeMarco of Saratoga Springs, NY passed away on March 26, 2019. He was 70, and was being treated for cancer. His store, Lyrical Ballad — which DeMarco opened after graduating from college in 1971 and ran with his wife Janice — has been a fixture in Saratoga Springs for almost 50 years, and is “hog heaven for a book lover,” according to fellow ABAA member Kevin Mac Donnell.

Saratoga Springs Mayor Meg Kelly paid tribute to DeMarco’s resiliance through decades of economic ups and downs, saying “Lyrical Ballad outlived most of the big box stores and really was the foundation for much of the revitalization of Saratoga Springs. His store survived it all due to the strength of his personality.” DeMarco had a knack for uncovering some truly rare items over the years, such as a cache of Herman Melville material that included letters from Nathaniel Hawthorne and a first draft of Typee, that a local widow had found amid other material in her barn. Several friends and contemporaries remarked on his reputation for supporting every civic-improvement and artistic project in Saratoga Springs; his friend and fellow business owner Gordon Boyd said DeMarco "was just a priceless community leader and an example for all other business leaders."

Several regional newspapers have published articles on DeMarco this week, and the Yaddo writers' colony also marked his passing with a tribute on their Facebook page.

In 2014, John DeMarco talked about his career in rare bookselling at the New York Book Fair:

At the request of his family the funeral will be private. A sign on Lyrical Ballad's front door states that the store will reopen on Friday.

ABAA members were quick to pay tribute and reminisce about DeMarco:

"This is very sad news. John was one of the kindest bookman I've known. Digging around in the back of his shop was hog heaven for a book-lover. When we first met our shared interest in Mark Twain created an instant bond. On my first visit to his shop -- the year has faded from memory -- I remember he and Janice were surprised and amused that Donna and I had made the trip to Saratoga Springs for the sole purpose of visiting his shop. I found a rare Mark Twain broadside and could not contain my excitement. John could have scalped me, but he priced it cheap, maybe to make sure I'd buy it. I had it framed and I still think of that day he sold it to me when I look at it. He was quiet, modest, thoughtful, easy to know and to talk to. Every trait you hope to find in a good bookman, in a friend. I will miss him a lot."

"One of the first few microscope reference books I bought came from Lyrical Ballad in 2001. In 2007 when we exhibited at World Fantasy in Saratoga Springs we were able to drop in and see the store. John was very polite and helpful to this then timid bookseller as he pointed me in the right direction for my interests. I remember the large bank safe which felt like an impressive and appropriate place to put nice books (he said that nothing in there was really great, but it all looked great to me). I walked out with what was then a huge purchase for me -- all of $102. I also bought a chemistry book the next day. I remember him telling me he had some remaindered scientific books that I never followed up on -- science/tech just being a budding interest at the time.

We only interacted a few times since then, but I remember the visit fondly. The kindness shown to someone who was a nobody is a trait I've always tried to emulate without even knowing where it came from. In retrospect, is interesting to realize how we sometimes impact people in ways we can't anticipate.

My condolences to those who knew him, especially his friends and family."

"John and I had been colleagues and had done business on numerous occasions for 35 years.

I first wandered into the shop when I was in living in Vermont and was on fellowship at an artist’s retreat in Saratoga Springs. John was hugely knowledgeable, gracious, welcoming, and very generous. Later I made numerous trips down to Saratoga springs and John and I did one or two larger deals and these traits carried through. I was last on Phila Street at Lyrical Ballad less than two years ago and spent four hours in the shop, each back room giving way into another one. What an eye that bookman had! I will miss him, for he represented a Bookman’s Bookman — his genial open-hearted and fair nature outshone any bristling-quirkiness that sometimes accompanies members of our trade, but he was not a whit less sharp than the best of us. He and Janice were always kind to me, And I absolutely loved his shop! A real substantial loss."

-- Ezra Tishman, Ezra The Bookfinder at Aardvark Books, Eugene, OR.

"Peter Stern and I were privileged to be called in to view the Melville trunk of papers when John discovered it. Certainly the find of any bookseller’s lifetime, but John continued to come up interesting material throughout his career. He was indeed the nice guy portrayed in these emails. Rest in peace."

"I had been in John’s lovely store more than once. But I had not spent time talking with him until a client and friend, Cliff Apgar (aka "the cookbook guy” – sadly also now gone) told me about books he had bought from John, and more importantly, about John’s knowledge and willingness to share and discuss his love of books. I thank Cliff for giving me the kick I needed to pay attention to a treasure that was right in front of my nose. He will be missed."