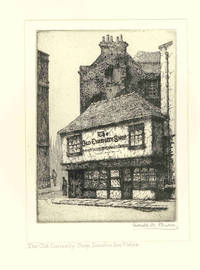 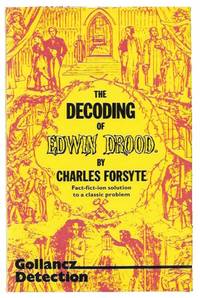 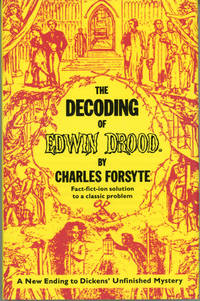 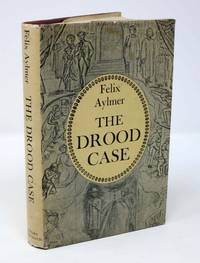 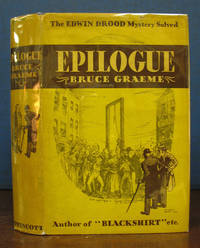 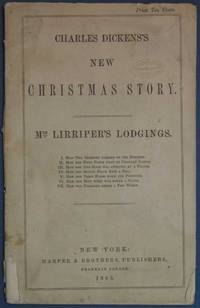 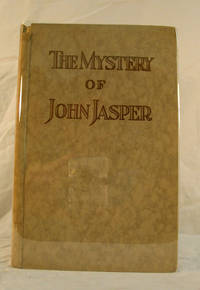 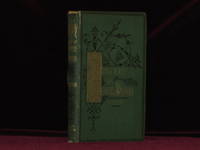 THE MYSTERY OF EDWN DROOD

The MYSTERY Of EDWIN DROOD And Some Uncollected Pieces 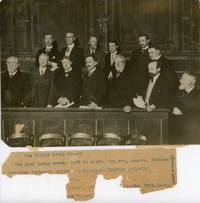 THE MYSTERY OF EDWIN DROOD: THE TRIAL OF JOHN JASPER. Original Photograph of the...

Charles Dickens was only 58 years old when he passed away. He had long pushed himself too hard for the love of his work and his followers, and in the summer of 1870 (June 9th, to be exact) he succumbed to exhaustion and after experiencing a fatal stroke, was laid to rest. His work, however, has gone on to be remembered since, and the author has never been out of print. His final work, The Mystery of Edwin Drood, has long fascinated fans, as the murder mystery was unfinished at his death and Dickens never (formally) named the murderer. On this the 145th anniversary of the author’s death, we look at his last years and his final work – a novel that he persisted on writing, even while suspecting his end was near.

Dickens’ health began to decline when he was involved in the Staplehurst rail accident on June 9th 1865 (five years to the day before his death, coincidentally). On his return from Paris with his young mistress Ellen Ternan and her mother, the train they were traveling on plunged off a cast iron bridge that was under repair. Luckily, the only 1st class carriage to remain on the track was that one in which Dickens was traveling. Until more aid arrived to tend to the victims, Dickens scrambled around the horrific scene offering brandy and a hat with water, looking after the dead, dying and wounded around him. The tragic incident cast a shadow on Dickens’ life – the horror and absolute panic he experienced led to sleepless nights and night terrors for the rest of his short life. Always the author, however, before leaving the scene of the accident he remembered his unfinished manuscript of Our Mutual Friend was on board and went back to retrieve it.

Though the Staplehurst accident could be viewed as the “beginning of the end” for Dickens, what truly sapped the author’s strength and health was his insistence on the readings that he provided for his fans all over England and United States. These readings were not Dickens merely climbing up to a stage and reading his work aloud to audiences. The author planned his every look and every nuance, practiced scenes until he had them perfect, and left an impression with his audiences that they had just seen the characters they knew and loved on the stage before them. Quite the actor, Dickens had auditioned for a stage career as a young man, but when a cold prevented him from making the tryout, he turned toward a journalism career. In any event, the public readings took much more out of him than his audience realized, and Charles Dickens slowly succumbed to the stress he placed on himself. His farewell readings, lasting from the 6th of October 1868 to the 22nd of April, 1869, took the last of his energy. He began to experience fits of giddiness and paralysis and even collapsed while on tour in Lancashire; Doctors ordered the rest of his “performances” to be cancelled. Dickens retreated to his house, Gad’s Hill Place, in Kent, and under instructions to rest and recover, he began work on what was to be his final novel, The Mystery of Edwin Drood.

The Mystery of Edwin Drood by Charles Dickens.

London:: Chapman & Hall,. 1870.. 8vo. 9" [scant] x 5-3/4". First edition, BFTP (Eckel p. 96; Smith I, 16). With a Dickens AN, on Gadshill letterhead, plus the original addressed envelope for same. vii, [1], 190, [2] pp. Adverts last 2 pp.. Later tan half calf binding with marbled paper boards. TEG. Original blue printed wrappers, plus Drood Advertisers bound-in at rear [Part II & Part III front wrappers serve as front & rear fixed eps, respectively].. Some rubs to spine & extremities. Occasional light foxing & period. newspaper clipping affixed to rear blank. Bookplate of William. Hardcastle. A solid VG+ copy.. With a tipped-in, apparently unpublished autograph note by the author, in the third person, on Gad's Hill Place letterhead, dated Monday, Twelfth October, 1860 (63?): "In reply to Mr Donnell's letter, Mr Charles Dickens begs to wish him all success. If Mr Dickens should have an opportunity of recommending him (which he fears is not very likely) he will most gladly do so, remembering Mr Donnell for a good many years as one of the most obliging and attentive of Mr Truefitt's assistants". With accompanying envelope addressed to Donnell and small press cutting opposite, stating that Donnell had shaved the Duke of Connaught in the early seventies and that this was incorrect as Donnell was not a barber, but a wig maker and perfumer. . Frontis & 12 inserted B&W plates by Luke Fildes (corner stain to half, just touching image portion of plate). (Offered by Tavistock Books)

Drood was set to be published in only twelve installments, a shorter publication decision than his usual 20 printed parts of a couple chapters each. Though Dickens supposedly mentioned that the murderer was $#&@%#^$ in the @&#^*#*$&@* with the $*#&@*#$& (wouldn’t want to “kill it” for the rest of you), that information is based on the statements of Dickens’ son and also of his close friend John Forster (not unimaginable divulgences, but still not ever found to be public knowledge from the author himself). This open-ended story yielded an amazing treat to the public – the chance to finish a Dickens book themselves! Strangely, the first three attempts to complete Dickens’ original tale were written by Americans. The first of them, published in 1870, was more of a farce than a continuation, with the author not even trying to continue Dickens’ style or even storyline (he even magically transported the characters to finish their mystery in the United States ). The second attempt was slightly more serious, a New York journalist named Henry Morford liked the story so much that he traveled to Rochester and published his ending serially from 1871 to 1872, and allowed the character of Edwin Drood to survive the murder attempt. The third effort, which to me seems to prove the gullibility of humans, was written by a Vermont printer named Thomas James. James claimed to have been a “ghost-writer” of sorts (pun intended)… by channeling Charles Dickens’ departed spirit. 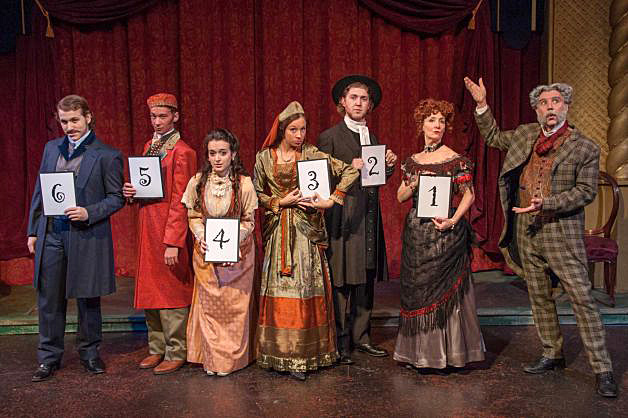 In 1914, London’s ‘Dickens Fellowship’ held a mock-trial for Drood’s uncle John Jasper (oh, whoops… did I ruin it for you?). A group of well-known writers made up the characters (G. K. Chesterton stood as the judge, George Bernard Shaw the foreman of the jury, etc.). The jury returned with a ruling of manslaughter, and in a great dramatic ending, Chesterton “ruled that the mystery of Edwin Drood was insoluble, and fined everyone, except himself, for contempt of court.” (Wikipedia). There have been four film adaptations of the book, a two-part television drama, a radio reading, and perhaps most interestingly, a musical comedy based on the book. As to this latter, Rupert Holmes wrote the script, music and lyrics to the musical with a twist – at the end of the play, the audience decides by vote which of the characters is the murderer. Not only that, but the audience also picks a romantic ending between two characters of their choice! Holmes wrote alternate endings for every possible voting outcome, even the most unlikely. The actors must memorize and rehearse each possible ending before performing in front of a live audience with an opinion! The production, now titled “Drood,” was first performed in 1985 and was quickly opened on Broadway for a total of 608 performances. It won five 1986 Tony awards, including the award for Best Musical.

Now I may not be one for assumptions, but in my personal and ridiculously humble opinion I believe that Dickens would be ecstatic about this new development in the reading of his novel. As I said earlier, the author was always a fan of the stage and wore himself ragged engaging his audiences in a way that no readings had ever done before. In a way, above the movies and the television spots and the proposed written endings for the novel, the musical arrangement of his last and mysterious work with the alternate endings and the audience’s participation seems to me like exactly what the author would have wanted. Engagement, imagination and creativity as a group – just what Dr. Dickens prescribed.

In any event, Dickens clearly left behind a great impression on many future generations of readers and writers. His last work has sparked more investigation and speculation than any of his other works, due to the fact that it remained unfinished – an invitation for his admirers to become involved in a story of (partly) their own making. A more important notion to take away from his final days, however, is that the author loved his work and his readers so much that he didn’t stop working until the very end. And just think, all for our enjoyment! Even now, 145 years to his dying day, enthusiasts and admirers continue to devote their academic and creative minds to understanding the man and his final, unfinished novel.