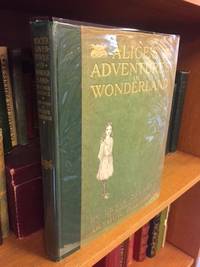 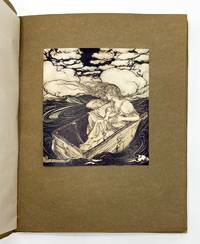 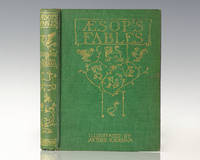 by Vernon, Jones . Introduction by G.K. Chesterton. Illustrations b... 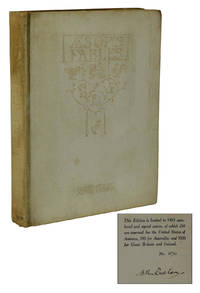 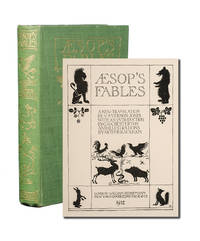 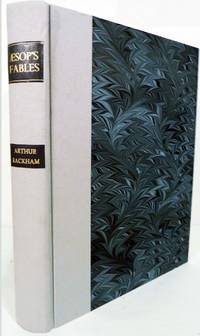 Hardcover
Aesop's Fables A New Translation By V.S. Vernon Jones With An Introduction By G....

The Allies’ Fairy Book, With an Introduction by Edmund Gross and Illustrations... 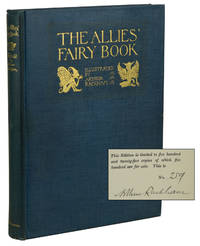 The Allies’ Fairy Book, With an Introduction by Edmund Gross and Illustrations... 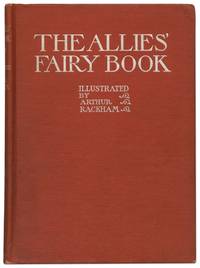 Philadelphia and London : J.B. Lippincott and William Heinemann , 1916
offered by Between the Covers Rare Books

ABAA members will be bringing their best items to the 56th annual New York Antiquarian Book Fair during the second week of April, 2016. Below, we have a few highlights from our members (in no particular order): exceedingly rare books, unique records, and one-of-a-kind ephemera to give a brief flavor of the treasures that await discovery in New York.

Members submitted so many featured items that we've had to split the list into two parts. This is part two, click here to view the first batch of featured items...

William Blake, “The Ancient of Days”

The Secret Rose. Yeats, William Butler; Illustrated by Jack Butler Yeats.
London: Lawrence & Bullen, 1897. First Edition. An excellent presentation copy. Inscribed by William Butler Yeats to his friend Clement Shorter: " Clement Shorter from W B Yeats June 23 1899." William Butler Yeats (1865-1939), the famous Irish poet, was was one of the most important figures in twentieth century literature. and was key figure in Ireland's nationalist movement. Clement Shorter (1857-1926) was a British journalist and critic who was also an avid collector of books and manuscripts, particularly of the Brontes. He was the editor of the Illustrated London News and in 1893 founded the periodical Sketch. The fourth story in this short story collection, "Where There is Nothing, there is God," was first published in Sketch in October 1896. The stories blend Irish with Rosicrucian themes and characters. Bound in the original blue cloth with the famous cover design done for Yeats by Althea Gyles stamped in gilt on covers and spine. At its center is a four-petalled rose joined to a cross. The boughs of the tree resemble a serpent; among them, just above the rose, are the kissing faces of a man and a woman, With six black and white illustrations by William's brother, Jack Butler Yeats. The binding is bright and beautiful with very slight bumping to corners. Interior pages are quite clean with just a trace of aging to margins. Near fine condition. (Offered by The Kelmscott Bookshop)

RACKHAM, Arthur (Artist). "And this is the story of Mr. and Mrs. Vinegar"

[Sheridan, Maj. Gen. Philip Henry] ca., 1870. A large composite color boxwood block print of Gen. Sheridan (1831 – 1888) commemorating “Sheridan’s Ride,” on a re-proportioned “Winchester” to make the 5 foot 5 inch general, nick-named “Little Phil,” look bigger.  According to the Smithsonian, this horse was presented by officers of the Second Michigan Cavalry to General Sheridan in Rienzi, Mississippi, in 1862, and “Rienzi” was ridden by Gen. Sheridan for the rest of the Civil War. Renamed “Winchester,” this horse as well as his rider were immortalized by Thomas Buchanan Read in his poem entitled Sheridan's Ride:

Hurrah! hurrah for Sheridan!
Hurrah! hurrah for horse and man!
And when their statues are placed on high
Under the dome of the Union sky,
The American soldier's Temple of Fame,
There, with the glorious general's name,
Be it said, in letters both bold and bright:
"Here is the steed that saved the day
By carrying Sheridan into the fight,
From Winchester--twenty miles away!"

Corrected typescript signed. [ca. 1950?]. Signed in pencil "John Kerouac" at the end of the last page. 4 pages, single spaced carbon typescript on onion-skin paper, with extensive manuscript revisions by Kerouac on the first page, and a few on the others, totaling 45 words in his hand. This draft typescript, identified by Kerouac on the first page as a "short short", is the germ of the novel of the same title, and probably the earliest extant fragment of Kerouac's "Legend of Duluoz". In our typescript, Kerouac tells the stories of his saintly eight year-old brother Gerard who died in 1926, when Jack was four years-old: Gerard feeding birds which flocked to his windowsill, and his rescue of a mouse, which his cat then ate. Here Kerouac uses the name Daoulas as his family name; connecting this draft with his unfinished Michael Daoulas book, written in 1945; he'd also used that name before settling on "Martin" for the family in "The Town and the City" and before adopting a more French sounding version "Duluoz". In a lengthy confessional letter to Neal Cassady, dated 28 December 1950 - Jan. 3, 1951, Kerouac tells these same stories, writing of the cat and mouse story: "My mother heard every word of it; the text has been translated to me a million times, now it's garbled. If I could only have heard his exact words. Don't you see, Neal, I never told you, I believe my brother was a saint... I could not live without this confession". On stylistic grounds our typescript appears to precede this letter which was among his first experiments in spontaneous prose, although identical sentences appear in both. Folded twice as for mailing. Provenance: Jonathan Goodwin - Maurice Neville. (Offered by Thomas A. Goldwasser Rare Books)

Where the Wild Things Are by Maurice Sendak

It is a lovely clean and tight copy of the true First Edition in the Dust Wrapper (with all points and no affixed medal). This copy is made extra special because it is inscribed to Suzanne Glazer - someone who formerly worked in publishing. She had a huge fan club of writers and illustrators. This copy of "Wild Things" is one of the best copies I have seen. (Offered by Enchanted Books)

1936, var. sizes unbound. The original art-work, photography, and fully corrected typewritten manuscripts for the text of the official guide to the Democratic National Convention of 1936 (this also includes two full reverse calf binding mock-ups of the signed limited edition of the program). The art-work is comprised of 41 pen and ink drawings by Lyle Justis that were used as vignettes and head and tail pieces throughout the text. These vary in size from 4 x 6 inches to 14 x 3 inches. There are 50 original typewritten manuscripts that comprise the text essays of the program. These include contributions from adminstration notables like H Ickes, S Mc Donald, C Williams (first woman Vice Chrmn. of the DNC) H Wallace, C Bowers, C Hull, H Morgenthau, D Roper, Frances Perkins (Secretary of Labor and first female member of a Presidential cabinet; she was a key participant in enacting the most progressive aspects of the New Deal), J Jones, R Fechner, A Morgan, H Hopkins, R Tugwell, M Eccles (an essay entitled ' The Economic Program Since 1932 ' { this is the blueprint for the New Deal ! } ). (Offered by Palinurus Antiquarian Books)

A spectacular copy of three of the most magnificent anatomical engravings ever printed and an almost breathtaking survival from an early edition of the first book to use superimposed flaps to show--in a thoroughgoing way--the internal organs of the human body, our copy with its hundreds of flaps entirely intact. (Offered by Phillip J. Pirages Fine Books & Manuscripts)

Captain McGrudar:  A Sketch of the River Mississippi from New Orleans up to Natchez, copied from the Original of Captain Mc Grudar. In 1802.

Superb Manuscript Chart of the Lower Mississippi Specially Prepared for Alexander Hamilton at the time of the Louisiana Purchase (The "McGrudar Chart").

The McGrudar chart of the Lower Mississippi River, is a manuscript map of exceptional historical importance, which, although mentioned in the papers of Alexander Hamilton, was presumed lost until its chance rediscovery in early 2016. This example, almost certainly drawn for Abraham Ellery for transmission to Alexander Hamilton and covering approximately 350 miles from Natchez to New Orleans, is perhaps the sole surviving visual artifact of Hamilton's attempts to gain information and advantage with respect to the acquistion of Louisiana. (Offered by Barry Lawrence Ruderman Antique Maps, Inc.)