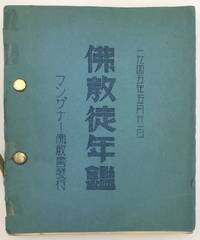 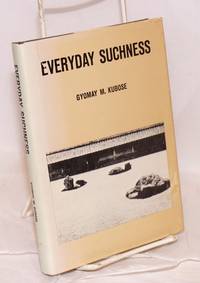 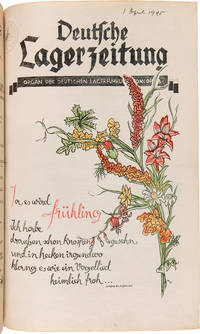 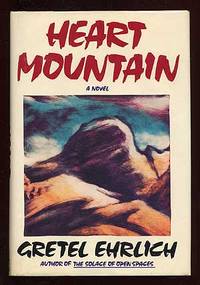 (New York) : Viking , 1988
offered by Between the Covers Rare Books 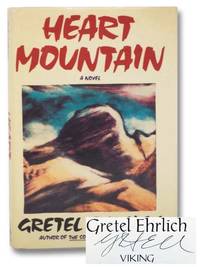 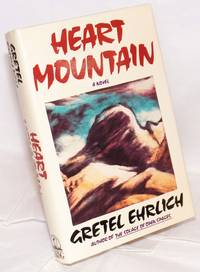 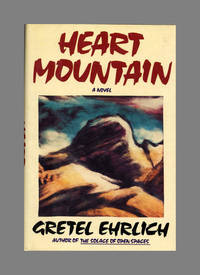 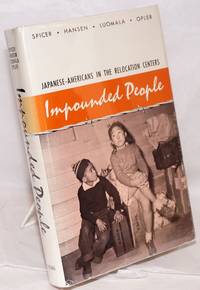 Tucson : The University of Arizona Press , 1969
offered by Bolerium Books

Eight years ago, shortly after buying Eureka Books, we acquired a collection of Japanese interment posters. These broadsides had been posted in early 1942 throughout California, Oregon, and Washington, notifying “all persons of Japanese ancestry” that they were to be banned from coastal areas. The relocation of more than 100,000 Japanese Americans and Japanese immigrants could not be organized overnight, so the U.S. Army established 110 zones, rolling out the relocation orders over several months.

The posters were issued in pairs, two for each zone. First, a “notice” from the Fourth Army, based at the Presidio in San Francisco, alerted Japanese-Americans to contact authorities for instructions. A second poster provided the “instructions to all persons of Japanese ancestry,” prohibiting them from moving freely and warning of imprisonment if they did not voluntarily report to relocation centers (often schools or other public buildings). American citizens were treated exactly like Japanese citizens: they were forced into hastily built camps with whatever possessions they could carry. Many lost their homes and farms in the process.

A matched set of Japanese internment posters for Los Angeles.

Even though the Supreme Court permitted the interment of native-born citizens of Japanese descent, the unbridled xenophobia the swept the West Coast in the early days of the Second World War is now seen as one of the more shameful periods of the 20th century. When my grandmother was dying, one of her greatest regrets—a thought that brought her to tears in her final days—was the shame she felt for not saying anything when the Japanese students at her high school were rounded up and sent away.

When we hung the internment posters in our shop, the elicited similarly strong responses. “These should be in a museum!,” was a regular refrain.

In the curious way that word travels in this Internet-connected age, within a few days I found myself talking to a young civil rights attorney in Los Angeles. One of the posters we had was for the neighborhood where he grew up in Seattle. Soon it was on its way to his office. Immediately, other associates at his firm called to buy posters for the L.A. area. Bookselling never seemed so easy.

A week later, the phone rang and I saw the law firm’s name on our Caller ID. “Uh-oh,” I thought. Most booksellers have many attorneys and customers—the law seems to attract bookish people—but I have to admit that they can make me nervous.

The original buyer was one the phone because another lawyer in the office said the posters must be fake, and suddenly everyone began doubting their purchases. My customer asked how exactly I knew they were real.

Good question. Long ago, the first Japanese relocation posters I bought in an online auction turned out to be obvious fakes. As a naïve beginning bookseller, it had never occurred to me that someone would fake such a powerful piece of American history.

That experience made me skeptical about the internment poster collection we acquired. As soon as we got them, I spent an afternoon looking at them through magnifying glasses, under raking light, and held up in the air, with a bright light shining through. They were the right size, 14 by 22 inches, most printed on thin paper, with a few on pulpy cardstock. But in the end, I decided two were fake, two were uncertain and the rest were real.

At this point it is appropriate (and only slightly self-serving) to remind readers that one advantage of dealing with members of the Antiquarian Booksellers’ Association  of America—the ABAA—is that we have to guarantee the authenticity of what we sell forever. Article five of our code of ethics does not have a statute of limitations. As a buyer, you should never feel bad about asking an ABAA member how they know a book is a first edition or that a signature is not a forgery. Making those determinations is, after all, our job.

My nervousness at the start of the call dissipated, even though I now had a whole office of attorneys questioning my expertise. My hours spent examining the posters was about to pay off.

“Oh, that’s easy,” I said, launching into an explanation. You have to remember that the originals were made by young privates assigned to the print shop at the Presidio in San Francisco. They weren’t artisan printers. If you have a poster printed on thin paper, simply turn it over and run your fingers over the back (what booksellers like to call the verso). You’ll feel raised areas, particularly at the periods, where the force of the printing press pushed the lead type into the paper. Modern printing methods can’t leave dents in the paper. (Posters printed on cardstock are harder to authenticate. Under raking light, the bite of the type, particularly of the large letters at the top of each poster, is often visible. The paper is also usually of lower quality than modern cardstock.)

Questions of authenticity are only the start.

A protest Christmas card made by an internee at Tule Lake.

It’s sometimes easy to geek-out on letterpress printing and impressive-sounding terms like raking light, and to lose sight of the fact that these posters resulted in the imprisonment of tens of thousands of American citizens because they had the same Asian features as America’s Japanese enemy. (For a brief time, Italian and German immigrants were considered for internment, too; but those plans were soon discarded. No one ever considered locking up Joe DiMaggio, the son of two Italian citizens.)

Today, many Japanese Americans still remember spending their childhoods in the camps or seeing the hardships their parents endured because of it. Many of those interned, after spending three years in camps like Manzanar or Tule Lake, never fully recovered after the war ended.

A high school yearbook from the Gila River War Relocation Camp, in Arizona.

In 2015, a regional auction house announced a sale of 450 internment camp objects, divided among dozens of lots, including photographs, paintings, and sculptures. The collection had been assembled during and shortly after the war in an attempt to educate the broader public about the plight of Japanese Americans. Like most artifacts from the Japanese internment, this archive both documented the harsh conditions of the camps as well as celebrating the resiliance and creativity of the men and women who were interned.

A tremendous outcry arose over the auction, fueled by social media. The California poet Janice Mirikitani was a prominent voice opposing the auction because a photograph of her cousin was part of lot 1252, a group of 63 photographs, estimated at $800 to $1200.

“I was shocked and appalled, to say the least, in seeing my cousin, Jimmy Tsutomu Mirikitani’s photo up for sale in an auction. Jimmy has endured more adversity than most human beings could imagine, not only with the injustice of our incarceration in American concentration camps, but also his struggle for validation as an American citizen. He was homeless for years in the streets of New York, living off of the sale of his art work” (quoted from FaceBook).

Within weeks, the auction was cancelled and the collection went en bloc (again, with the fancy bookselling terms, here meaning, in its entirety) to the Japanese American National Museum.

I asked ABAA member Lorne Bair about the incident. Bair specializes in American social movements in general and archives in particular. While he self identifies as a radical socialist bookseller, he said he rejects that “idea that selling anything is crass.” In fact, “the marketplace has done enormous good in preserving historical artifacts.” The very fact that there is interest in material from Japanese interment camps meant an auction house was willing to try and sell it. That brought the collection to light and resulted in its ultimate preservation.

Bair said that “archives are extremely important as historical evidence, even if individual items might have trivial value. When an archive comes on the market, it is incumbent on the book trade to do its part to preserve the archive’s integrity, even if that comes at the expense of profit.” He suspected that if the internment archive had been treated with more respect, rather than lotted up arbitrarily, that there may have been less strenuous opposition to its sale. “Antiquarian booksellers are a necessary link in the chain of custody from owner to institution,” he said. Cataloguing archives, putting them in historical context, and finding buyers who will preserve the collection are all part of the job.

Of course, there are a lot of individual items that that do not rise to the level of archives and which might be considered historical memorabilia. Such items are acquired by collectors and institutions like libraries and museums.

I asked John Durham about the contradictions inherent in selling Japanese internment camp items. Durham, the founding partner of Bolerium Books in San Francisco, frequently sells material documenting what he referred to as “the sinkholes of nastiness” in American history. Part of the antiquarian booksellers’ job, he said, is to use “the free market to expose dark ideas to the light. And to do it in a way that doesn’t glorify the dark side of history, but also makes sure it is not forgotten.”