An Introduction to Virginia Woolf 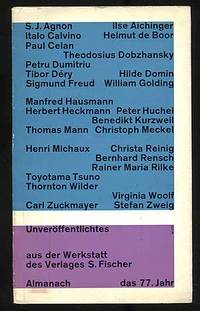 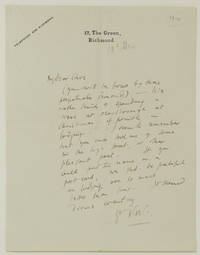 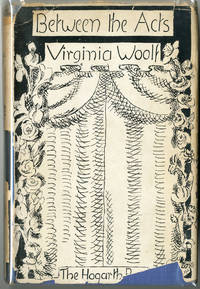 First Edition
BETWEEN THE ACTS 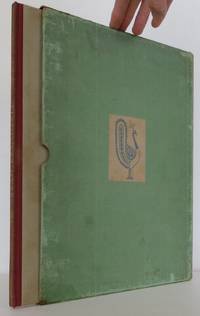 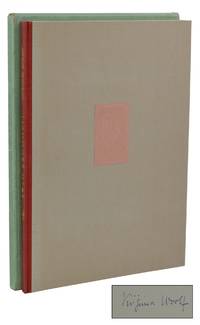 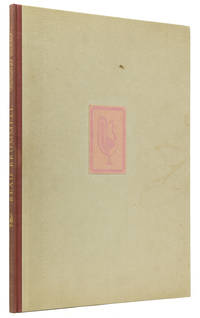 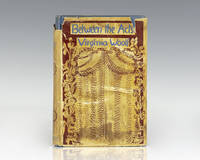 First Edition
Between the Acts.

There have been many authors over the past century that have been considered forerunners in the art of the Modern Novel. As a matter of fact, we have written about quite a few of them in the past. Some tell-tale signs of modernist literature are a few literary techniques like a stream-of-consciousness voice or interior monologue, and even numerous points-of-view within one work. These techniques are used by a great deal of modernist authors, but perhaps none so pointedly as the creator of the complex Mrs. Dalloway, feminist thinker and free spirit Virginia Woolf.

Virginia was born Adeline Virginia Stephen on January 25th, 1882 in Kensington, London. She was born into a mixed family – both of her parents having been married previously with sets of children on both sides. The family was extremely literate – both parents being well connected in the artistic and literary worlds. In 1895 when Virginia was only 13 years old her mother died, followed closely by her half-sister, Stella and brother Thoby. At this point Virginia began to suffer from the nervousness and had the first breakdown of many she would suffer from throughout her life.

Despite her nervous nature and brief periods of institutionalization, Virginia began to spend a significant amount of time with a group of writers and artists that was known as the Bloomsbury Group. By 1910 they were thick as thieves, and Virginia and her sister Vanessa along with writers, editors, and artists Leonard Woolf, Lytton Strachey, Clive Bell, John Maynard Keynes among others participated in both intellectual discussions and amusing pranks. In 1912 she married Leonard Woolf, and though they were never to be passionate lovers, the two were close friends, collaborators and intellectual equals for the three decades they were married. A couple years after the wedding, Virginia published her first novel A Voyage Out in 1915, and in 1917 she and Leonard opened The Hogarth Press in their country home in Richmond. Most of her later work would be published by their press at home. Her writing received moderate to a good amount of success, both from the critics and from her peers throughout her life. Today, Woolf is an author often associated with the feminist movement.

As far as writing goes, Woolf’s stories are often experiments in point of view and narrative. She focuses her plots on realism – typical days in the lives of her characters, sometimes no plot twists whatsoever. She, alongside other modern authors Joseph Conrad and James Joyce, has been credited with the invention of the stream-of-consciousness form of writing – where the narration takes on a inner dialogue type voice that never ceases and flows lyrically from one subject to the next, just as our regular minds do. This lyrical style is also seen in her descriptions of ordinary, commonplace events in her novels. They are so stylistically written that Woolf elevates the ordinary and creates a world rich in detail.

Woolf struggled with depression and nervous breakdowns throughout her life, as I mentioned previously. Unfortunately at the age of 59 in 1941 Woolf succumbed to the pain of every day life and drowned herself in the River Ouse, near the Woolf’s home in Sussex. Her cremated remains are buried in the garden there. Woolf’s work, however, has lived on, and after a brief lapse of popularity following WWII, her work experienced a revival in the feminist movements of the 1970s and has remained popular and taught in colleges ever since!

The Hogarth Press, 1927 The HOGARTH PRESS, London, 1927. Hard Cover. A near fine first illustrated edition in a near fine dust jacket, with the spine completely intact, which is very rare, and most of the original clear wax paper outer jacket present. Vanessa Bell (illustrator). First Illustrated Edition. 4to - over 9¾" - 12" tall. No. 133 of 500 Copies Signed by Virginia Woolf and Vanessa Bell with the characteristic purple ink. Rust, mustard and grey floral design and lettering on front cover. Housed in a custom-made cloth folding case with gilt lettered leather label on spine. Signed by Author and Illustrator.. Signed by Author(s). 1st Edition. Hardcover. Near Fine/Near Fine. (Offered by Bookbid Rare Books)

London: Published by Leonard & Virginia Woolf at the Hogarth Press. 1932. First. First edition. Page edges slightly soiled, still about fine in an about very good dustwrapper that has some modest chips and tears and some overall soiling. Small Hogarth Press pamphlet advertising Woolf's works laid in. Inscribed by the author to her typist: "Margaret Walton with thanks from Virginia Woolf. Oct. 13th 1932." The inscription has offset very slightly on the front flap. While signed limited editions of Woolf still become available with regularity, inscribed trade editions have become exceptionally uncommon. (Offered by Between the Covers Rare Books)

A Room of One's Own, Signed, First Edition

8vo. New York/London: Fountain/Hogarth Press, 1929. 8vo, 159 pp. Original brick-red cloth with gilt titles. A near fine copy in a folding case. Bookplate of Stuart Schimmel on front paste down, signature of Robert Hunter on front free end paper. First edition, large paper issue, number 116 of 492 copies signed by Woolf in her customary purple ink on the half title. A classic of feminist literature in which Woolf considers the past and present barriers to women writers in a patriarchal culture and which originated as lectures given by Woolf at two women’s colleges in Cambridge. "A woman must have money and a room of her own if she is to write fiction." (Offered by John Windle, Bookseller)

To the Lighthouse (First Edition)

London: The Hogarth Press, 1927. First edition. Fine/Very Good. A Fine copy of the book. Some minor offsetting on the spine of the book from the original dust jacket and a previous owner's morocco bookplate on the front paste-down, otherwise clean and fresh. In a restored dust jacket that we will call Very Good. Restoration work to the spine ends, flap folds and replacing a large chip at the lower edge of the rear panel. Toning to the spine, and offsetting to the front flap from the morocco bookplate. Housed in a custom clamshell case. (Offered by Whitmore Rare Books)

London: Published by Leonard and Virginia Woolf at The Hogarth Press, 1937. FIRST EDITION. A major work in the Virginia Woolf canon, and the first novel by her to appear after "The Waves" of 1931, "The Years" is somewhat less experimental in style, making it one of the author's most readable works.  (Offered by Phillip J. Pirages Rare Books)

New York: Harcourt, Brace and Company, 1925. First American edition. Octavo, original orange cloth. Light rubbing to the bottom cloth, near fine in a near fine dust jacket with a small chips. One of the nicest examples of this title we have seen. "In Mrs. Dalloway Woolf breaks decisively with the fictional conventions of the realistic novel. The technique is almost orchestral, introducing and then interweaving the strains of the different characters' thoughts, and finally engineering, through a subtle sequence of readjustments and realignments, a new and delicate harmony between them at the close of the book. Mrs. Dalloway thus initiated Woolf's sequence of radical experiments with literary form, embodying a striking combination of fluid sympathy and secret resistance. Through the novel's rapid transitions between apparently disconnected, but secretly related stories, Woolf was able to suggest the hazards of neatly pigeonholing human character according to social situation or gender" (Parker, 110-11). (Offered by Raptis Rare Books)

London: September 20, 1927 Single pale blue sheet, printed in blue. Signed by Woolf in her signature purple ink on the verso. Near fine, with some light creasing at the folds, pencil notations, a hint of toning to the verso. Overall, a bright and attractive piece of correspondence, signed by Woolf. In this letter, Virginia Woolf responds to Ellery Sedgwick, Esq. of The Atlantic Monthly in regards to the publication of her article "The Novels of E. M. Forster." Woolf acknowledges that The Atlantic will publish it in their English edition, and politely debates as to who retains the American and English rights to the article. She maintains her opinion in her conclusion: "But, if I may say so, I think the understanding was that the English rights should rest with me.". Signed by Author. Near Fine. (Offered by B&B Rare Books)

Note, all items sold on abaa.org are one-of-a-kind. If a link leads you to a missing page, the item in question has most-likely been sold.