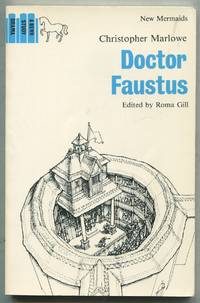 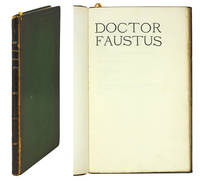 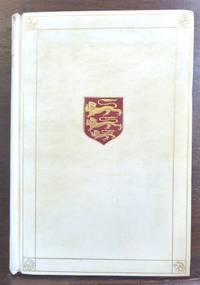 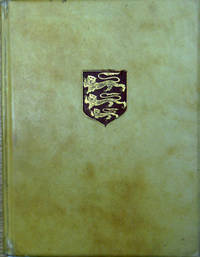 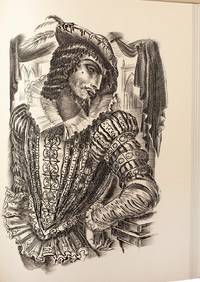 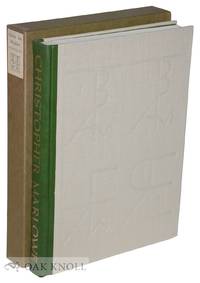 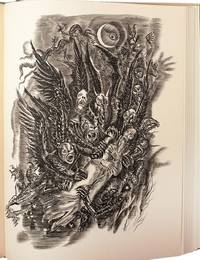 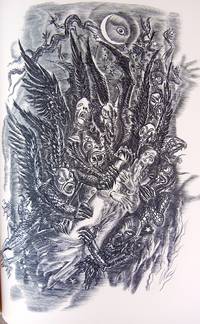 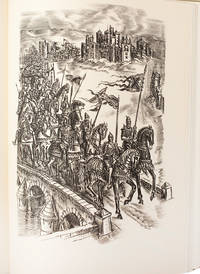 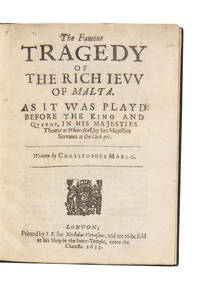 First Edition
The Famous Tragedy of the Rich Jew of Malta.

London: : Printed by I.B. for Nicholas Vavasour, and are to be sold at his Shop in the Inner Temple, neere the Church, , 1633
offered by Liber Antiquus

The focus around the office and blog has been the Boston Antiquarian Book Fair for the past few weeks. Now that the fair is over, here's a roundup of the big stories book collectors are talking about.

-- The biggest news in some time comes from the editors of the New Oxford Shakespeare, who have concluded that up to 17 of "Shakespeare's" plays were written collaboratively, and have named Christopher Marlowe and Thomas Kidd as official co-authors of several plays! Not only that, but the "Shakespeare" canon has been expanded to include several additional plays, including the previously anonymous Arden of Faversham and The Spanish Tragedy, now thought to have been a collaboration between Thomas Kidd and Shakespeare. Read more...

-- We collected some touching tributes from members here...

-- Some unpublished stories and pieces from the later part of his career when he writing in Hollywood and lacking in confidence.

-- The New York Times shone a light into the world of rare books and showcased how effective the "tight community of bibliophiles and antique book dealers" are at shutting down the potential market for stolen rare books.

New Exhibition on the Art of the Bookplate

-- At The Rosenbach of the Free Library of Philadelphia until January 17, 2017.

-- We'd still like to examine the original documents, but digitization makes them accessible to fans and students.

-- One of our favorite children's books!