A bookseller in Ann Arbor, Michigan, who specializes in 19th century pamphlets, ephemera, and books about odd or interesting social movements, religion, popular medicine, and literature. 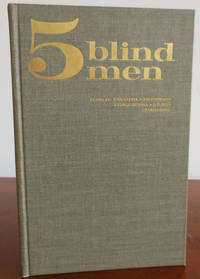 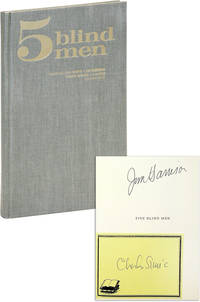 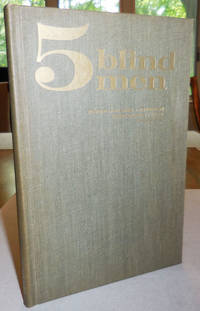 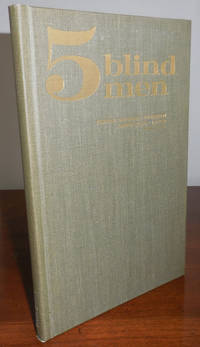 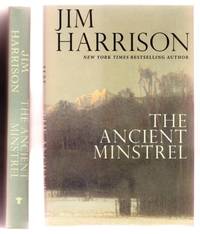 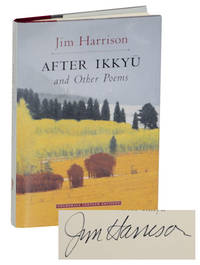 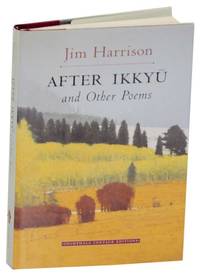 First Edition
After Ikkyu and Other Poems 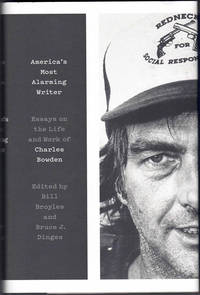 First Edition
America's Most Alarming Writer: Essays on the Life and Work of Charles Bowden

In 1824, land speculators John Allen and Elisha Rumsey founded Annarbour, Michigan. (They named the town after their wives, Ann Allen and Mary Ann Rumsey; history is silent on whether Mary angled for top billing.) In 1837, the University of Michigan was moved to Ann Arbor. And then in 1965 the proto-punk pioneer Iggy Pop graduated from Ann Arbor’s Pioneer High School.

Today, Ann Arbor still has its world-class university and punches above its weight when it comes to book shops and restaurants—it’s a pretty good small city, even if the local Arbor Wiki project notes “[t]here is no Iggy Pop museum.”

But for bibliophiles of all stripes looking for something to do—even those at loose ends and nursing a grudge after a disappointed pilgrimage to the yet-unbuilt shrine to the genius of Jim Osterberg—the 37th Annual ANN ARBOR ANTIQUARIAN BOOK FAIR celebrates its 39th anniversary in 2015, when it will be held from 11am to 5 pm on Sunday, May 17, 2015 at the Michigan Union on the campus of the University of Michigan. The $5 admission to the fair benefits the William L. Clements Library at the University of Michigan, one of the best Americana libraries going.

Ann Arbor itself—a suitably arboreal college town in the Midwestern mold, with a strong local food scene and an anachronistic wide range of open, street-level antiquarian, used, and new bookstores—is always well worth a visit in the spring; should the prospect of visiting one of the longest-running antiquarian book fairs in the Midwest tips the scales for you, so much the better.

More brief history (and some arithmetic)

Before we venture into the myriad attractions of hunting books in Ann Arbor, you might be tempted to ask:

How do you stretch 37 annual book fairs over a 39-year period?

Book Fair organizer Jay Platt, an ABAA bookseller and owner of the West Side Book Shop in downtown Ann Arbor, explains this elastic discrepancy in his official history of the show on the book fair website,

“It is perhaps worth noting that during the early years the planning for the fair was often done with the aid of a bottle or two of wine; therefore there were two Eighth Annual Fairs in a row and the fair this year is actually number 38. In the official record books, however, it goes down as number 37.”

For those keeping score at home, Jay also notes that the first Ann Arbor fair was held in July, 1976 as a three-day affair in conjunction with the meeting of the Rare Book Conference of the American Library Association. The librarians came for the wine and cheese reception on the first night and subsequently disappeared; the fourteen dealers who had been persuaded to do the fair spent the next two days in a room without air conditioning, “staring at each other’s books.”

[Here is it helpful to imagine a weary pause in Jay’s account. Those of us who know Jay and who have heard this story can easily supply it.]

ABAA booksellers from Michigan—Bay Leaf Books, Jett Whitehead, West Side Book Shop, Garrett Scott Bookseller— will of course also be out in force. You can get a flavor of the diverse specialties these booksellers stock by browsing the ABAA bookseller listings here.

Books in the wild

The reasons for getting out from behind a computer screen to talk to booksellers and to look at and to handle a diverse range of books out on the wild savannah of a book fair have been well-rehearsed elsewhere on the ABAA blog, and my guess is that anyone who has read this far takes little persuasion in the bibliophagous department. But let me also note with a certain parochial pride that the Ann Arbor populace of 117,025 supports year-round browsing at open, street-level book shops like West Side Book Shop (ABAA) downtown, Motte and Bailey Booksellers and Kaleidoscope Books in Kerrytown, Dawn Treader nearer to campus, and Aunt Agatha’s (that latter a specialist in mysteries and true crime, selling a mix of new and used books). Doug Price sells vintage photography out of a space inside the West Side Book Shop.

For new books, downtown sits the relative newcomer and lively independent, Literati, while out on the west side sits the stalwart Nicola’s.

(Mike Gustafson, one of the owners of Literati, recently sat down for an interview with Jay Platt, excerpts of which are available here; it seems worth noting for students of bookseller psychology that in the genre of book fair anxiety dreams earlier sketched out by ABAA bookseller Greg Gibson in his preview of the New York Antiquarian Book Fair, Jay notes in this interview, "I had a dream last night, it was almost like a nightmare, that the fair was a disaster. No one showed up. The dealers were angry. Everyone was angry two hours into the show. I dream a lot about books.")

In addition to the open shops, ABAA bookseller Tom Nicely, who has long traded under the name Leaves of Grass Bookshop, sits in semi-retirement in his farmhouse across the Huron river on the north edge of town. (Despite his claims of rustication—Tom no longer receives regular browsers—you will likely see him making piles of books for purchase at the book fair.)

And this correspondent, who trades as Garrett Scott, Bookseller, plans to emerge from his by-appointment Mid-Packard warehouse office (site of an old storage garage for empty beer bottles and a now-defunct commando raw milk distribution center) to bring a selection of 19th century American books and paper and general Americana weirdness to the show.

The introduction of Tom Nicely’s name into this account prompts me to mention Tom’s article the December 6, 1976 issue of the now-defunct AB Bookman’s Weekly, “Ann Arbor’s Antiquarian Book Trade” (under the heading “Historical Notes”).

The article traces the growth of the book trade in Ann Arbor from George Wahr in the late 19th century up to the newly launched West Side Book Shop; Tom also touches on the spectacular rise and fall of David Kozubei (mentioned here because the well-known “Book Shop Mural” here pictured was commissioned for David’s Books) and the Charing Cross used and rare shop operated by brothers Tom and Louis Borders – who of course went on to found the chain of Borders book and music stores that traced an even more spectacular rise and eventual fall.

That’s a lot of books to look at and historical digressions to absorb. Will I starve?

To round out my reputation as a bookseller who offers personal service, I’m even happy to make recommendations on where to eat -- though I’m likely to suggest you try my shop’s near neighbor, eat.  Besides those guys, my landlords at Morgan & York make a pretty stellar lunch and coffee in addition to selling wine and cheese and specialty groceries, while a promising new home-style Mexican place has gone in across the street and a Guam-style barbecue food truck named ricewood—our neighborhood is evidently death on initial capital letters—has just opened the parking lot behind my shop on Mondays through Fridays from noon until they sell out.

You will not starve in Ann Arbor—either for books or for food.

The 37th annual Ann Arbor Antiquarian Book Fair celebrates in 39th year on Sunday, May 17, 2015 from 11am to 5pm in the upstairs ballroom of the Michigan Union at 530 S. State Street on the campus of the University of Michigan.  Your $5 admission benefits the Clements Library. For more information, call the West Side Book Shop at (734) 995-1891 or see the book fair website.

“Three columns of unknown verse by the Mad Poet of Broadway: Life is good.” (A brief remembrance of Robert Fraker from Garrett Scott, May 3, 2017.) I probably met Robert Fraker of Savoy Books some... [more about In Memoriam: Robert Fraker]

UPDATE: RECOVERED From Michael Hackenberg, Chair of the Northern California Chapter of the ABAA: The rare book room at Moe's Books on Telegraph Avenue in Berkeley has just reported to me the recent th... [more about Missing in Berkeley: Sultan & Mandel EVIDENCE (1977)]