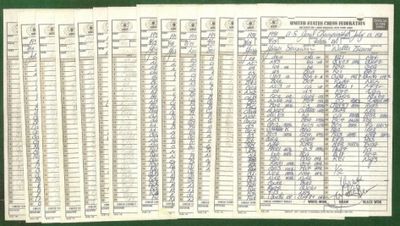 by Seirawan, Yasser (1960- )
Completes set of fourteen games in Yasser Seirawan's hand of the games. All signed by his opponents except the games with Christiansen, Shamkovich, Kogan and Benjamin. The game with Benjamin is the carbon.