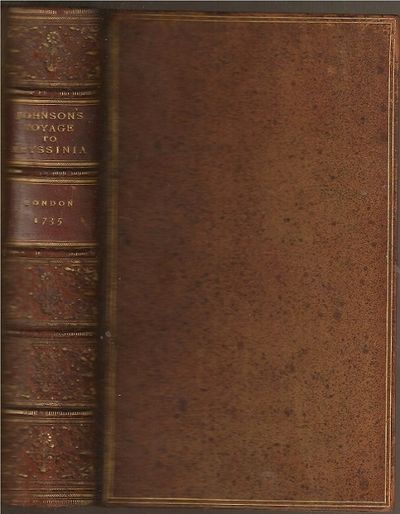 Jeronimo Lobo, a Jesuit missionary, was born in Lisbon, and entered the Order of Jesus at the age of sixteen. In 1621 he was ordered as a missionary to India, and in 1622 he arrived at Goa. With the intention of proceeding to Abyssinia, whose Negus (emperor) Segued had been converted to Roman Catholicism by Pedro Paez, he left India in 1624. He disembarked on the coast of Mombasa, and attempted to reach his destination through the Galla country, but was forced to return. In 1625 he set out again, accompanied by Mendez, the patriarch of Ethiopia, and eight missionaries. The party landed on the coast of the Red Sea, and Lobo settled in Abyssinia as superintendent of the missions in Tigre. He remained there until death deprived the Catholics of their protector, the emperor Segued. Forced by persecution to leave the kingdom, in 1634 Lobo and his companions fell into the hands of the Turks at Massawa, who sent him to India to procure a ransom for his imprisoned fellow-missionaries. In this he was successful, but could not induce the Portuguese viceroy to send an armament against Abyssinia. Intent upon accomplishing this cherished project, he embarked for Portugal, and after he had been shipwrecked on the coast of Natal, and captured by pirates, arrived at Lisbon. Neither at this city, however, nor at Madrid and Rome, was any countenance given to Lobo's plan. He accordingly returned to India in 1640, and was elected rector, and afterwards provincial, of the Jesuits at Goa. After some years he returned to his native city, and died there on the 29th of January 1678. Lobo wrote an account of his travels in Portuguese, which appears never to have been printed, but is deposited in the monastery of St Roque, Lisbon. Balthazar Telles made large use of the information therein in his Historia geral da Ethiopia a Alta (Coimbra, 1660), often erroneously attributed to Lobo. Lobo's own narrative was translated from a Manuscript copy into French in 1728 by the Abbe Joachim le Grand, under the title of Voyage historique d'Abissinie. In 1669 a translation by Sir Peter Wyche of several passages from a manuscript account of Lobo's travels was published by the Royal Society (translated in M. Thevenot's Relation des voyages in 1673). An English abridgment of Le Grand's edition by Dr Johnson was published in 1735 (reprinted 1789). In a Memoire justificatif en rehabilitation des peres Pierre Paez et Jerome Lobo, Dr C T Beke maintains against Bruce the accuracy of Lobo's statements as to the source of the Abai branch of the Nile.

Recased else a near fine copy. (Inventory #: E0534)
$1,000.00 add to cart Available from Book Collector
Share this item
The Book Collector, Inc
Offered by