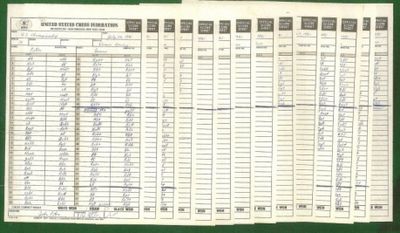 by Peters, John (1951- )
Complete set of original score sheets in John Peter's hand, including the award winning "most interesting game" between him and Lein. Octavo (8 1/2" x 5 1/2) All games signed by all his opponents exceipt the game with Kudrin.

Some light edge wear with some closed tears else a very good set. (Inventory #: C0712)
$500.00 add to cart Available from Book Collector
Share this item
The Book Collector, Inc
Offered by