The Exploits and Triumphs in Europe of Paul Morphy, the Chess Champion 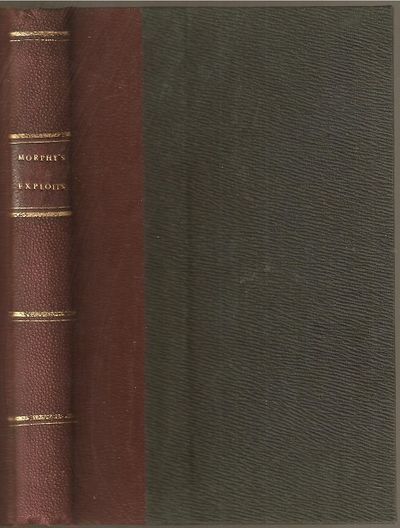 Still too young to start his law career, Paul Morphy was invited to attend an international chess tournament soon after returning to New Orleans, to be held in Birmingham, England in the summer of 1858. He accepted the challenge and traveled to England but ended up not playing in the tournament, playing a series of chess matches against the leading English masters instead and defeating them all except English chess master Howard Staunton who promised to play but eventually declined. Staunton later was criticized for failing to meet Morphy. Staunton was flattered and at first intended to prepare for a contest in which he had little chance of success. There is no doubt that he was a very busy man in 1858, as he was under pressure to produce his edition of the complete works of Shakespeare. He did invite Morphy to play some casual games at his Streatham home. Staunton later conducted a newspaper campaign to make it seem that it was Morphy's fault they did not play, suggesting among other things that Morphy did not have the funds to serve as match stakes when in fact he was so popular that numerous wealthy people and groups were willing to stake him for any amount of money. Seeking new opponents and now aware that Staunton had no real desire to play, Morphy then crossed the English Channel and visited France. There he went to the Caf de la Regence in Paris, which was the center of chess in France. He played a match against Daniel Harrwitz, the resident chess professional, and soundly defeated him. In Paris he suffered from a bout of intestinal influenza and came down with a high fever. In accordance with the medical wisdom of the time, he was treated with leeches, resulting in his losing a significant amount of blood. Despite the fact that he was now too weak to stand up unaided, Morphy insisted on going ahead with a match against the visiting German champion Adolf Anderssen, who was considered by many to be Europe's leading player, and who had come to Paris all the way from his native Breslau, Germany, solely to play against the now famous American chess wonder. Despite his illness Morphy triumphed easily, winning seven while losing two, with two draws. When asked about his defeat, Anderssen claimed to be out of practice, but also admitted that Morphy was in any event the stronger player and that he was fairly beaten. Anderssen also attested that in his opinion, Morphy was the strongest player ever to play the game, even stronger than the famous French champion Bourdonnais. In France, as he had before in England and America, Morphy played many exhibition matches against the public. He would take on eight players at once while playing without sight of the board, a feat known as blindfold chess, the moves of his opponents and his replies being communicated verbally. It was while he was in Paris in 1858 that Morphy played a well-known game at the Italian Opera House in Paris, against the Duke of Brunswick and Count Isouard.