Narrative of Voyages and Travels, in the Northern and Southern Hemispheres: Comprising Three Voyages Round the World; Together 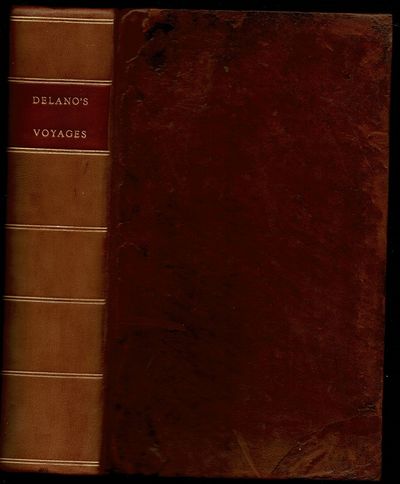 Amasa Delano, whose Voyages and Travels (1817) was the source for Herman Melville's Benito Cereno (1855), was born in Massachusetts. After serving briefly in the Continental army during the American Revolution, Delano began a lifelong career as sailor, ship captain, and occasional shipbuilder, often in conjunction with his brother Samuel.
Delano gave significant space to an account of his capture of the Spanish ship Tryal off the coast of Chile in 1801 and to the events subsequent to the capture. Seeing the ship in apparent difficulty, Delano went aboard, was told that the ship was long without provisions, remained on board while a boat went for food and water, and learned that the slaves had revolted and captured the ship only when its captain, Benito Cereno, jumped into his boat as it was leaving. Melville's rewriting of that account is one of his most famous narratives, "Benito Cereno."
Voyages and Travels focuses on his experiences in the Pacific and Indian Oceans from 1790 until 1807, during which time Delano several times circumnavigated the globe. In Voyages and Travels Delano clearly wants to be both informative and entertaining. He offers advice on what supplies to take on a voyage, how best to approach specific islands and landfalls, and where to find water and other supplies. He describes not only such well-known places as Canton, Bombay, Calcutta, and Lima but also the Palau Islands, New Guinea, and other relatively unexplored areas. Finally, Delano likes to tell a good story: a battle with the natives of New Guinea, the mutiny on the Bounty and its aftermath, a near drowning. Delano clearly wonders whether civilization is best for the natives of the islands he visits. He ordinarily thinks well of the islanders and believes that European exploitation has caused most of the antagonism he encounters.

Rebuilt spine with original boards, old ink signature on front and back paste downs, foxing throughout, some damp stains at edge. (Inventory #: BOOKS005106)
$1,500.00 add to cart Available from Book Collector
Share this item
The Book Collector, Inc
Offered by