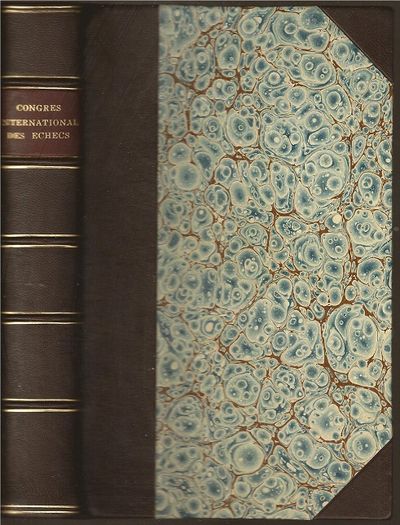 World exhibitions became a new phenomenon in the West in the nineteenth century. Scientific and technical progress were shown. Ten World Fairs were organized during the second half of the nineteenth century. Seven times an international chess tournament was part of the event (London 1851, London 1862, Paris 1867, Vienna 1873, Philadelphia 1876, Paris 1878, Paris 1900). Paris, the French capital, was host to a world's fair exhibition in the summer of 1867. Among the enormous buildings erected to house new developments in science, technology (of which the Krupp Cannon was the most impressive display), and art, a master chess tournament was organized from June 4th to July 11th. It was held at the Grand Cercle, 10 boulevard Montmartre, not far from the 1.2 kilometer row of machinery for the exhibition, the third tournament. Thirteen chess masters were invited to participate in double rounds, with a time limit of six minutes per move and draws counting as zero for both players. The participants included Ignat Von Kolisch from the Austrio-Hungarian empire, Wilhelm Steinitz and Sam Loyd playing on behalf of the United States of America, Symon Winawer and Hieronim Czarnowski from Poland, Gustav Neumann from Germany, Cecil Valentine De Vere from England, Jules De Riviere, Samuel Rosenthal, Emile D'Andre, and Eugene Rousseau from France, Celso Golmayo Zupide from Cuba, and Martin Severin From from Denmark. There was no formal organization to international events at the time, so beyond the matches and time controls being set, players seemingly encountered one another during the tournament according to availability and inclination. The prize purse was distributed among the top six finishers, with Kolisch earning 5000 Francs for first place, Winawer 2500 Francs for second, Steinitz 2000 Francs for third, Neumann and De Vere 1500 Francs each for fourth and fifth places, and De Riviere 1000 Francs for sixth. The top four finishers also received a Sevres vase as an additional prize. Kolisch immediately liquidated his antique porcelain and invested in real estate which soon made him an extremely wealthy man, allowing him to be a generous patron to chess for decades afterwards. The problem tournament conducted during this event was won by Conrad Bayer ahead of Samuel Loyd. The first public women's chess was also played during this exhibition.