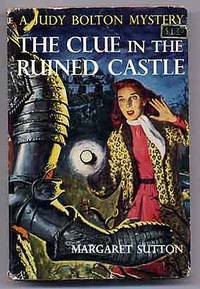 The Clue in the Ruined Castle: A Judy Bolton Mystery: 26 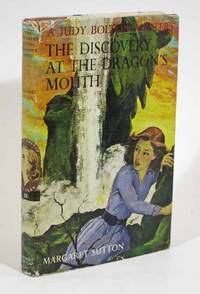 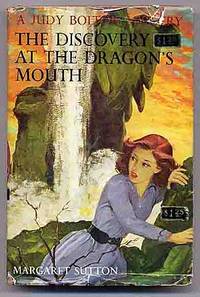 The Discovery at the Dragon's Mouth: A Judy Bolton Mystery: 31 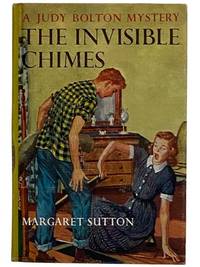 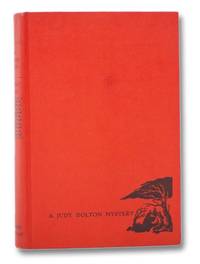 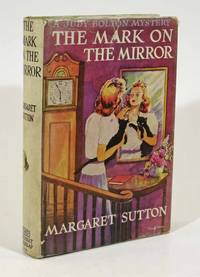 The MARK On The MIRROR. The Judy Bolton Mystery Series #15 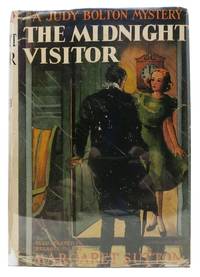 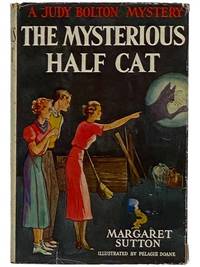 The Mysterious Half Cat (A Judy Bolton Mystery, Book 9) 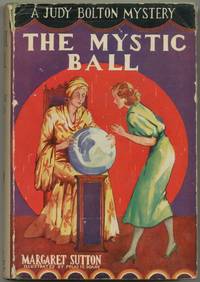 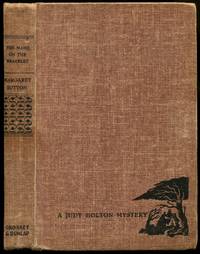 The Name on the Bracelet (A Judy Bolton Mystery)

The winners of the 2019 National Collegiate Book Collecting Contest have been chosen. They are:

The winners' collections ran the gamut from popular novels (Miriam Helene-Rudd asked "Is Nancy Drew dated or daring?") to the great scientific paradigm shifts of the twentieth century (which Michael Dascal defines as "the development of relativity theory and quantum mechanics"), and also explores "a modern state's power to commandeer vast quantities of paper and ink for its nefarious political ends" (in Matthew Wills' words). The winners demonstrate that this young generation of book collectors embrace a broad and diverse array of interests.

The National Collegiate Book Collecting Contest is jointly administered by the Antiquarian Booksellers' Association of America (ABAA), the Fellowship of American Bibliophilic Societies (FABS), the Grolier Club, and the Center for the Book and the Rare Books and Special Collections Division (the Library of Congress), with major and exclusive support for the Kislak Prize from the Jay I. Kislak Foundation.

The award ceremony will take place at the Library of Congress (James Madison Building, Montpelier Room) on October 11th at 5:30 pm.

We asked each winner a few questions about their collections and collecting; first Matthew Wills -- who also won the inaugural California Young Book Collectors' Prize earlier this year -- who focuses on Chinese anti-Confucian propaganda.

Matthew Wills: My collection comprises propaganda materials published by Chinese state publishers during the Criticize Lin, Criticize Confucius campaign (1974-1976). In this campaign, the Chinese Communist Party linked denunciations of Lin Biao (Mao’s former heir apparent turned ‘traitor’) with its long-running hostility to Confucius and his ideas. In the discourse of the campaign, both Lin and Confucius shared a reactionary commitment to opposing the evolution of history along its Marxist timeline. To spread this message, publishers produced a fascinating range of materials, ranging from tracts, pamphlets and anthologies to comic books, wall charts and posters. I am currently finishing a Ph.D. dissertation on these materials at UC San Diego, and my collection forms the primary source base for my research. If you would like to find out more about my dissertation, I am writing my introduction in an Open Access format and you can monitor my progress or provide comments at this link: http://bit.ly/mattwillsdissertation

MW: I first came across propaganda from the Criticize Lin, Criticize Confucius campaign in 2011 while studying abroad in China. At the time, I was most interested in the figure of Lin Biao and planned to research his decline and fall. This history, however, remains contentious and I realized that I would have little access to new source material. As a result, I began to pay more attention to the Anti-Confucian angle and my interest ballooned from there once I realized just how much material on this topic had been published by state publishers at the time. The rest, as they say, is history.

ABAA: What currently has pride of place in our collection?

MW: My contest bibliography describes my propaganda materials ‘printed’ in Braille as the jewels of my collection. They are bulky, tactile representations of the state’s desire to ensure that nobody escaped the narratives of the campaign. I purchased them in Shanghai in late 2017 because they are unusual, and since then I have only become more fascinated with this almost unknown part of modern Chinese publishing history.

ABAA: You won the inaugural California Young Book Collectors’ Prize earlier this year and part of your collection was exhibited at the California Book Fair. What was your experience of attending the book fair? Did you find anything to add to your collection?

MW: I remain very grateful to the organizers of the California Young Book Collector’s Prize and the California International Book Fair for giving me the chance to exhibit in Oakland. This was my first excursion to a professional book fair and I learnt a little about how the trade works. I am thinking of bookselling as a possible career and I was very encouraged by the number of people of my age or thereabouts carving out their own niche as dealers. Exhibiting my books brought me into contact with many different people who had stopped by to take a look at my display case and I had some great conversations with like-minded folks who could understand my enthusiasm for collecting these materials. The credit for that display must in part go to my fiancee Athina - she has a similar eye for books and gave me some very useful advice on how to arrange them in an appealing and informative way. Browsing the fair, I found a couple of books related to my collection topic but alas I already owned them so I made no new anti-Confucianism acquisitions. I did, however, pick up some pieces of ephemera related to the “red scares” in America in the 1950s - this is another topic of considerable interest to me. All in all, I had a great time.

Miriam-Helene Rudd has built a large collection of (mostly American) mystery stories published for girls during the 20th century because they provide "a window into the social constructs of growing up as a girl" mid-century.

Miriam-Helene Rudd: The Nancy Drew Mystery Stories typify my collection of American twentieth-century mystery series written about and for young women. Nancy is where the collection began, but over time it has expanded to include the Connie Blair, Cherry Ames, Vicki Barr, Dana Girls, and Judy Bolton series. In addition, “outliers” such as British versions, series that predate Nancy Drew, and those written about and for young men provide context for the collection.

ABAA: What first interested you in adventure stories for young women?

MHR: When I was in second grade, I read my first Nancy Drew novel and immediately fell in love with the young detective. Over time, my affection for Nancy Drew expanded to include Cherry Ames, Vicki Barr, and the other girls whose exploits are detailed in the pages of my collection. What began my interest in such adventure stories for young women was truly the enjoyment of reading! Exploring these tales of smart, curious, and independent young women inspired me as a child and sparked a lifelong love of history.

ABAA: What currently has pride of place in your collection?

MHR: My 1944 wartime edition of Army Nurse by Helen Wells is currently the book that has pride of place in my collection. Cherry Ames, nurse extraordinaire, participates in the conflict of WWII across several of the earlier books in the series. These stories were written and published during the war, and as such the first editions – including my copy – were printed on poor quality pulp paper. To explain this to the reader, the volume is declared “A Wartime Book” alongside the striking graphic of an eagle on the first page, where it states that “This complete edition is produced in full compliance with the government’s regulations for conserving paper and other essential materials.” The eagle carries a banner which proclaims that “Books are weapons in the war of ideas.”

The third-place award went to Michael Dascal, who focuses on the history of 20th-century Western science.

Michael Dascal: My collection focuses on developments in physics, mathematics, and logic of the early 20th century, most notably in relativity theory and quantum mechanics. I aim to create a comprehensive picture of these developments, including the experimental and theoretical results that led to them, the groundwork they relied upon, and their most significant scientific, philosophical, and practical consequences.

ABAA: What first interested you in the history of 20th-century scientific thought?

MD: I’ve always found the work of the early quantum physicists to be strangely fascinating – particularly how they were able to find order in data that forces us to question our entire picture of how the world ‘functions’. This interest was amplified as I worked on my master’s degree, where I found myself turning to early physics and logic texts for my research. In doing so, I developed an even deeper appreciation for what led to the first formulation of quantum physics as well as relativity theory and other significant results (such as the Löwenheim-Skolem theorem and Gödel’s incompleteness theorems). It didn’t take long before I wanted to create my own library of first printings of the papers and monographs that shaped contemporary physical science, mathematics and logic.

ABAA: What currently has pride of place in our collection?

MD: It’s impossible to pick just one! One of my most-prized pieces is a first edition of Gottlob Frege’s Grundgesetze der Arithmetik (Vol. 1 1893, Vol. 2 1903), which opened the door to modern mathematical and philosophical logic. (Interestingly, it is said that Frege was forced to self-publish the second volume of the Grundgesetze due to the poor reception of his other work.) After this, a set of three volumes of the Annalen der Physik from 1926 contains the papers in which Schrödinger developed his wave formulation of quantum mechanics and the Schrödinger equation. Finally, I would have to include an offprint of Bohr’s Über die Serienspektra der Elemente (1920) inscribed by Bohr to Gunnar Nordström. This marks the first time Bohr wrote about his correspondence principle, which attempts to link quantum mechanics to the macroscopic world we experience.

Congratulations to all the winners of the 2019 National Collegiate Book Collecting Competition!

Learn more about Edward Stratemeyer, founder of the Stratemeyer Syndicate, publisher of the Nancy Drew series and many, many other popular series novels for boys and girls.